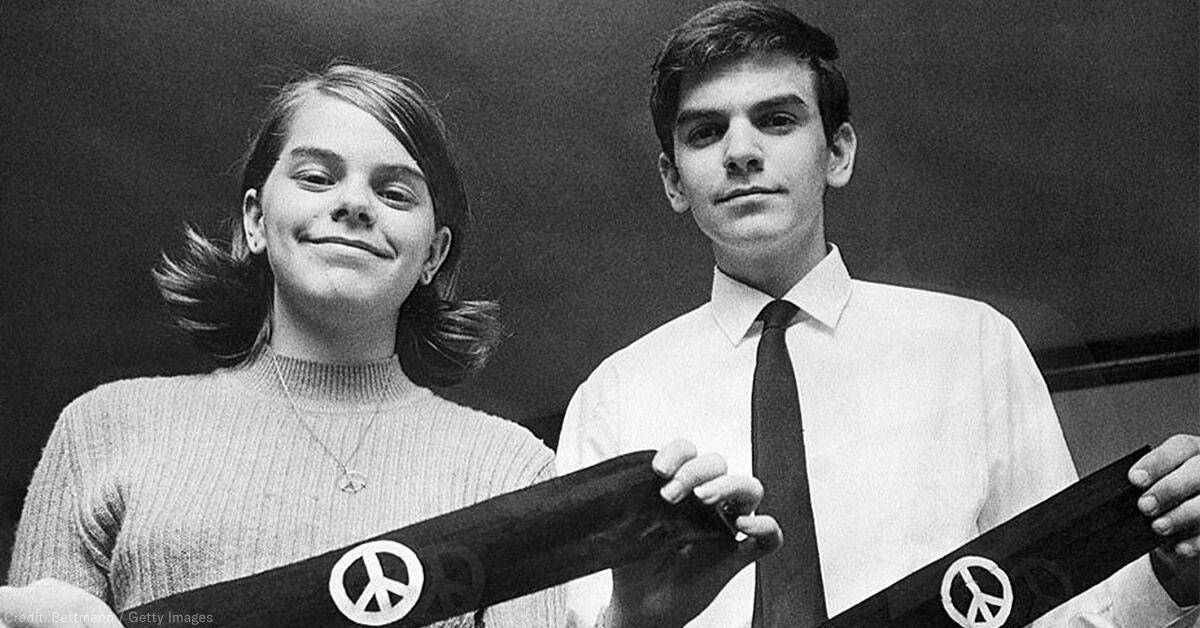 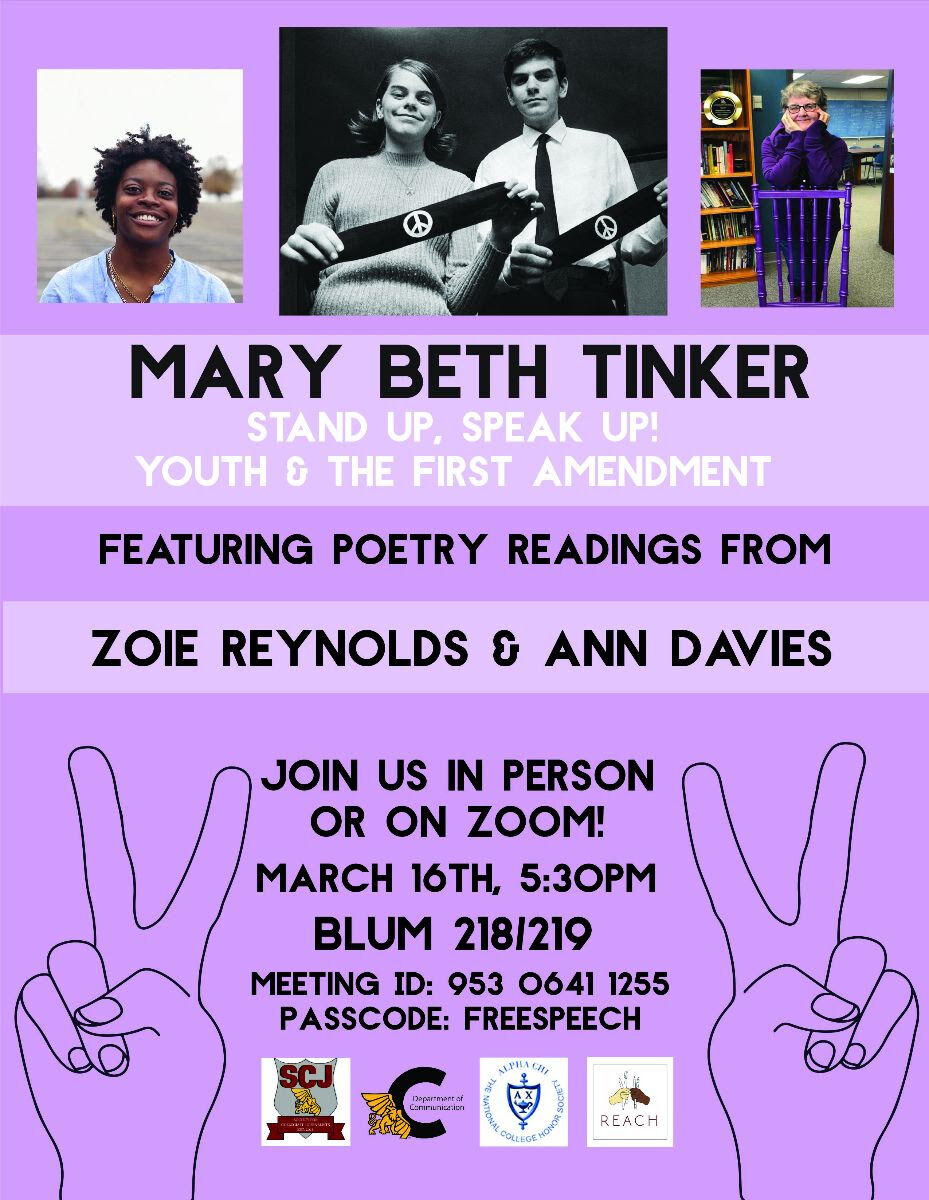 On March 16, Missouri Western students will have the unique opportunity to join activist Mary Beth Tinker to discuss the significance of their first amendment rights. The Tinker Tour event will provide a chance to pay homage to a historical figure who played an essential role in the youth freedom of speech movement.

The evening news has always served as an essential platform for families to stay connected with the outside world’s happenings. In late 1965, harrowing graphics of the war filled the nightly segments with gore and violence. For Mary Beth Tinker, it was famous American broadcast journalist and St. Joseph’s very own Walter Cronkite that brought her attention to the travesties of these events.

“Every Night, Walter Cronkite would give the body count. We would see these horrific stories of children running from their burning huts. The world looked like it was on fire. They would show soldiers in their body bags, and I just felt awful,” Tinker recalled. “Without the journalists that were there and reporting, none of us would have known about it.”

It was December of 1965 when senator Robert Kennedy called for a ‘Christmas truce,’ temporarily halting the Vietnam War. Amidst the already prominent civil rights movement, students across the country showed their support by wearing black armbands. On December 16, 1965, 13-year-old Mary Beth Tinker, alongside her older brother John and friend Chris Eckhardt, went to school wearing the armbands in protest of the Vietnam War. It didn’t take long for school officials at Warren Harding Junior High to send Tinker home. She was served with a suspension notice and warned never to wear the armband to school again. News began to spread about the protest, and those who were in disagreement began threatening the Tinker family.

“Our family received threats— threats that (our) house would be bombed and that I would be killed,” Tinker wrote.

Eventually, members from the American Civil Liberties Union (ACLU) offered to provide Tinker and the others with legal aid, citing that the school district had violated their first amendment rights. The case was unsuccessful at first, as Judge Roy Stephenson ruled that the students’ actions surpassed “the classroom’s disciplined atmosphere.” They would then appeal the case, resulting in a 4-4 split between the judges. The courtroom’s indecisiveness prompted the attorneys to file a writ of certiorari, ultimately bringing the case in front of the Supreme Court on November 12, 1968.

On February 24, 1969 the court ruled 7-2 in favor of the students. Justice Abe Fortas wrote, “Students possess fundamental rights which the state must respect, just as they must respect their obligations to the state.” This groundbreaking ruling has laid the foundation for free speech involving public schools. Since then, Tinker v. Des Moines Independent Community School District has been cited as a precedent for nearly every case regarding student first amendment rights.

Will Peter Gallagher & Lauren Graham Be Back on ‘Zoey’s Extraordinary Playlist’?

Mary Beth Tinker left her career as a family nurse practitioner in 2013 to promote youth activism and rights across the country. Since then, she has traveled thousands of miles on her national tour of colleges, churches, courts, and national conventions. For Tinker, inspiring the youth of today to speak out against injustices is the top priority.

“I show them that they can be a part of history and democracy,” Tinker says. “And when you are, life becomes interesting, meaningful and some days even fun. They deserve to have a part in making history.”

Dr. Jennifer Jackson is the assistant professor of communication here at Missouri Western. She elaborated on the significance of Tinker’s efforts.

“This notable case and Tinker are a cornerstone for the subjects that we teach in the Department of Communication, and it is a privilege and honor to host Tinker and this event on our campus.” Jackson said, “It is genuinely appropriate that her speaking event falls on Freedom of Information Day.”

Joining Mary Beth Tinker for the event will be poets Zoie Reynolds and Ann Davies. Davies, a Missouri Western graduate, will be performing her poem “The Flags Next Door.” She describes the piece as “a universal theme, but in a microscopic view of my garden.”

“In the past year, I got to watch flags in my neighbor’s home that represented the confederacy, snakes that don’t get stepped on, political situations that were disturbing. I was intimidated by that,” Davies explains. “But after January 6, I didn’t feel threatened anymore. It could be any next door in any neighborhood. We all sit in our gardens and decide if we’ll be intimidated by our neighbors’ flags next door.”

Mary Beth Tinker’s story has inspired youth across the nation to speak out against injustices and stand up to authority. If you would like to attend this event, it will be taking place at 5:30 p.m.  in Blum hall, rooms 218/219. The Tinker Tour will also be accessible via Zoom. The meeting ID is 953 0641 12555, and the passcode is FREESPEECH.

Sorry, there are no recent results for popular images.